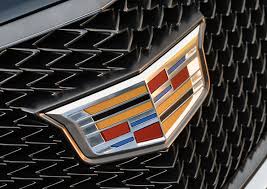 The all-new crest will accompany every model come mid-2014. It's a little bit wider, it's missing the wreath and some complain it's too plain. Cadillac's move to change the crest was a move that was brought on to fit the look of the new vehicles. The hopes were to make it look more futuristic or at least match with the new style of the new Cadillacs.


Andrew Smith, Cadillac executive design director says, "the Crest remains a consistent symbol of Cadillac and our core values...Our goal was to evolve the emblem design to integrate with the new vehicle form while maintaining the core graphic elements that preserve its strong brand recognition."

The crest may have changed a little bit, but anyone who knows or has recognized the old crest with Cadillac will still be able to do so.

The new bigger, wider crest should fit well on the new Cadillacs -- which some of them such as the ATS share new wider and bigger body-styles. Regardless if you like it or not, the new crests will be in full force by the middle of this year.