New Chevrolet Corvette ZR1 to Pace the Indy 500 - Here’s Why It Gets the Honor! 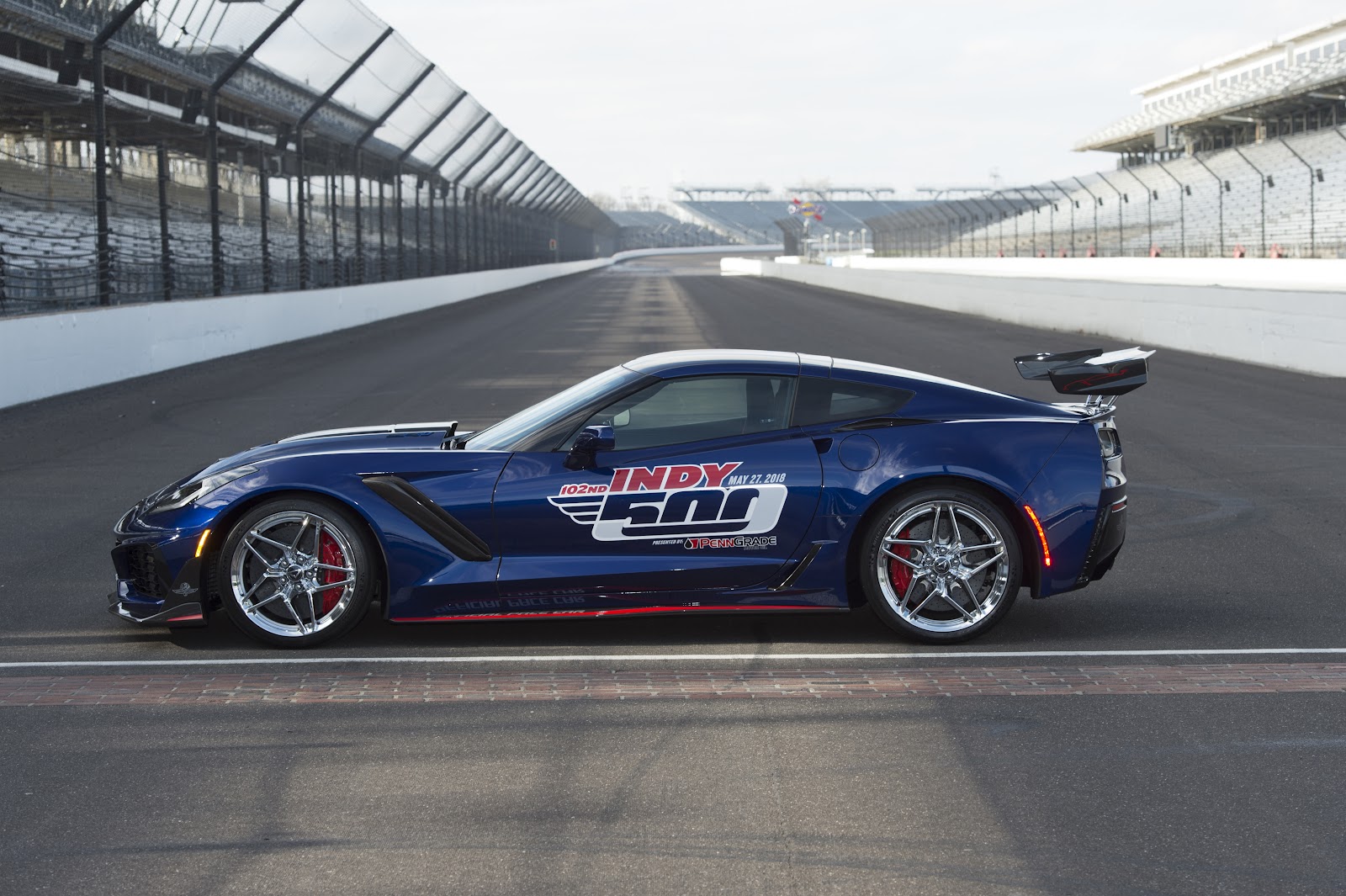 With its aggressive look and big bold front end and rear spoiler, this Corvette looks like it’s ready to take on every supercar on the planet, and with its overwhelming power and handling abilities, it is.

Let’s take a look at some of the 2019 Corvette ZR1 hard hitting numbers and influential features that helped it earn its right to be this years Indy 500 Pacecar.
The monster 6.2-liter supercharged V8 that sits under the aggressive looking hood of the Corvette ZR1 cranks out 755 horsepower. That horsepower combined with an eight-speed automatic transmission or a seven-speed rev-matching manual transmission pushes this ZR1 from 0-60 in just 2.8 seconds and covers the quarter-mile in 10.6 seconds at 134 mph. If that still leaves you a little under impressed, then maybe the 212 mph average top speed at the track in Papenburg, Germany can open your eyes to just how well this Corvette performs.

What makes this LT5 ZR1 6.2-liter engine so much more potent than the Corvette Z06 6.2-liter V8? The engine the ZR1 gets has been upgraded with a bigger Eaton supercharger, bigger throttle body, a beefier camshaft and uses both port-and-direct fuel injection for an increase of 105 ponies over the Z06. 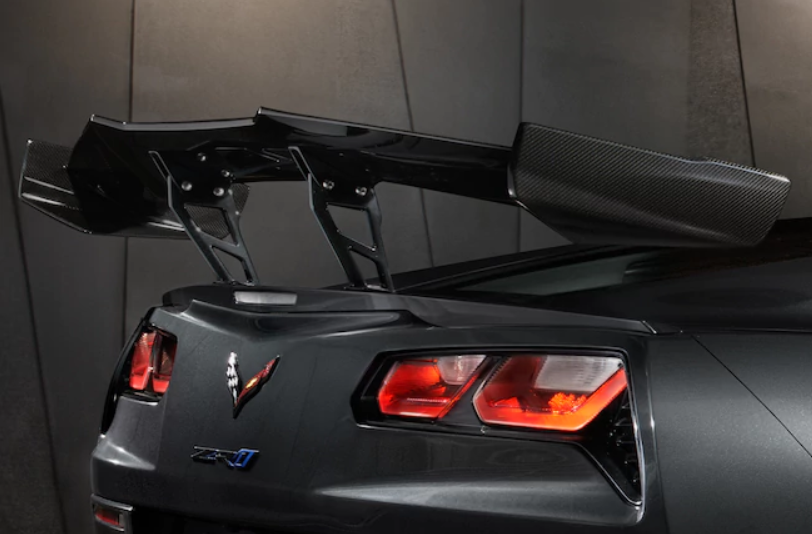 Helping this massive LT5 engine perform well even at high speeds for long periods of time is a much larger front fascia than the average Corvette. The ZR1 front fascia includes huge air dams and fender vents to help push as much cool air into the 13 radiators as possible. The ZR1 also offers plenty of other large exterior features. The front splitter is noticeably bigger than the Z06 front splitter and the ZR1 rear spoiler just dwarfs the ZO6 rear spoiler. Along with some other awesome carbon fiber add-ons, the 2019 ZR1 Corvette creates 950 pounds of downforce. Now it should be noted that if you don’t plan on doing any major competition circuit racing, you probably won’t need the massive rear spoiler, and if you think it looks intrusive, you can order your new ZR1 with a Z06 rear spoiler for a more reasonable look.

So how does this turn-key race car drive as a daily driver with an average driver behind the wheel? When the Corvette is switched to Touring mode, you will get to enjoy a quieter exhaust, looser steering characteristics and a softer suspension. Outside of being very careful with the aggressive acceleration, this new 2019 Corvette ZR1 has the ability to offer you a very easy driving powerful supercar that leaves you confident in your driving abilities. And if you do want to test your driving skills at high speeds, the Michelin Super Sports tires and magnetic suspension offers you the same easy handling attributes at high speeds as it does in everyday driving situations. For a car that can reach 200+ mph and go 10 seconds in the quarter-mile, its ability to let you handle the car at ease at any speed is incredible. And of course, stopping has never been an issue with Corvette’s high performers. Six-piston carbon ceramic Brembo brake calipers are used in the front and four-piston calipers are used in the rear.

Obviously, the interior of the Corvette ZR1 cabin is just as high-tech as the exterior and drivetrain. An eight-inch touchscreen infotainment center host all of the goodies and connectivity capabilities you would expect out of a high-end General Motors vehicle. Included with that system is a rearview backup camera, a front end camera so you don’t mash up your front splitter, and a powerful Bose system so you can jam away on long car cruises.

Coming Soon
The most powerful and capable Corvette ever built is now available at select dealerships. The full load of the 2019 Chevrolet Corvette ZR1 coupes and convertibles should be coming to all qualifying dealerships later this year/early next. 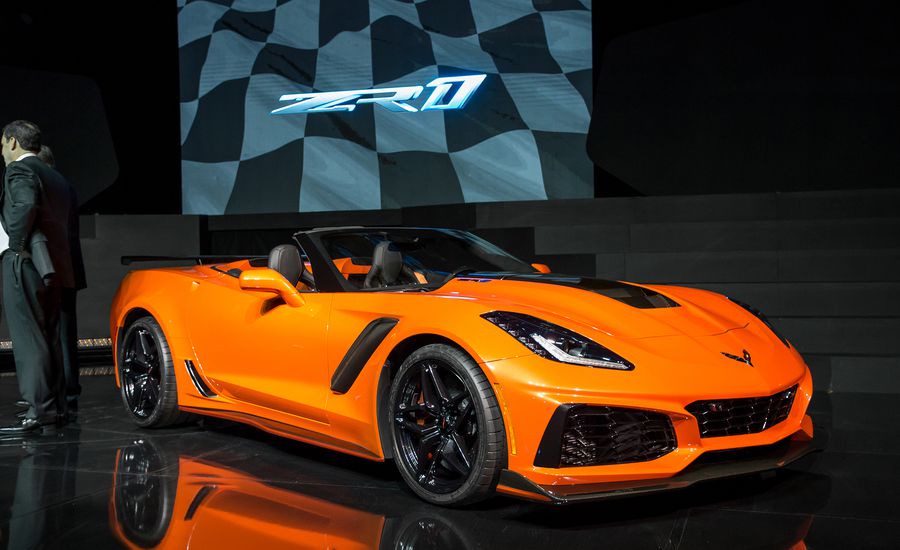 Back in 1951, this convertible Buick LeSabre was not just extreme looking it was way ahead of its time. It had technology advancements that weren't even thought of yet and would give us a sneak peek into the future of the automotive industry.

Harley J. Earl was the lead designer of this beautiful piece of machinery. From 1927 to 1958 he was General Motors' Head-of-Styling and had his hands in the cookie jar of many breakthrough designs and technology projects that would change the auto industry for years to come. 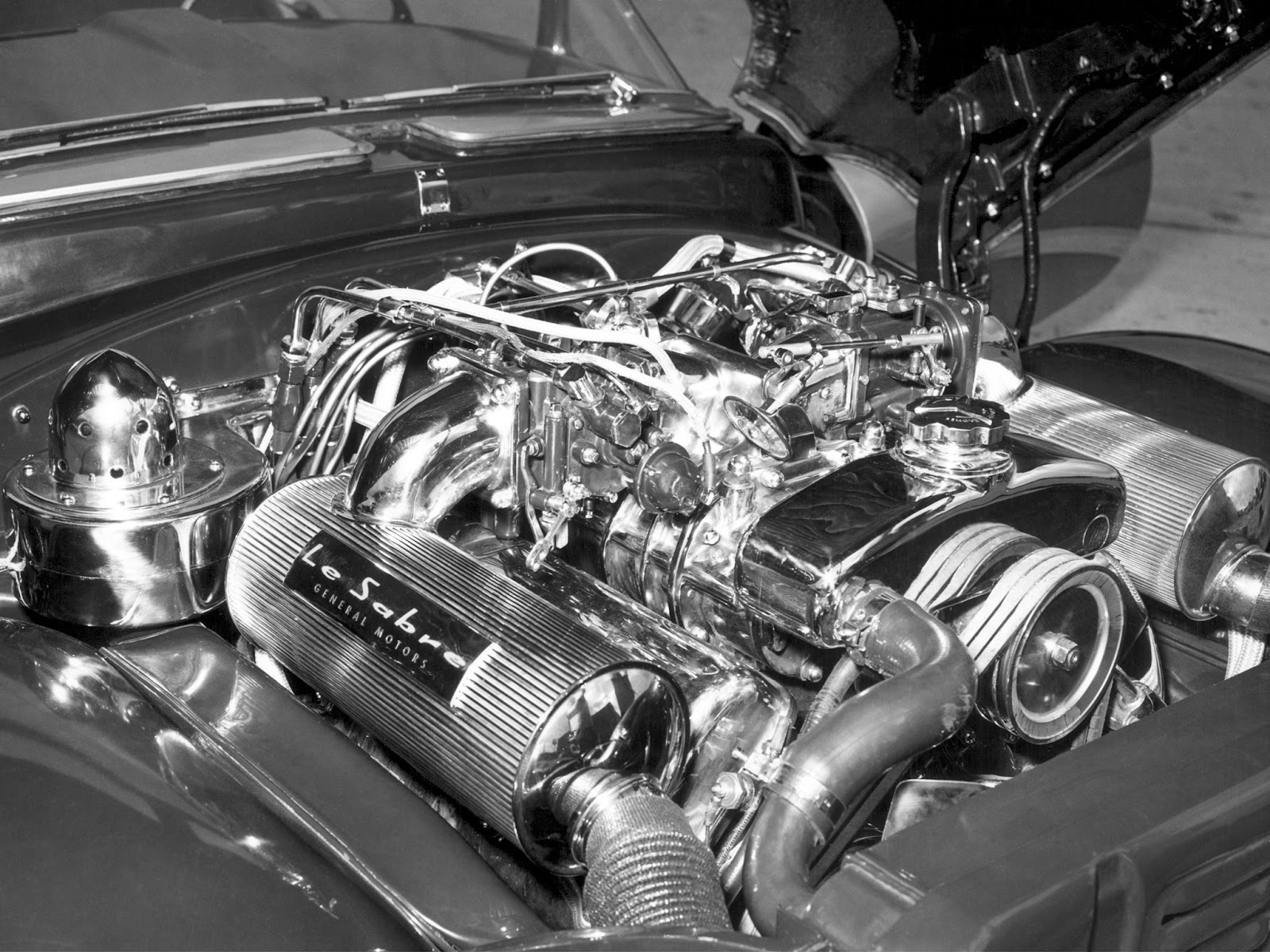 One of the first things that really set this car apart is the fact that it could function on gasoline and methyl alcohol. There were separate fuel cells for both sources and an easy way to switch between the two from the convenience of the driver seat. It also had one of the first smaller engines that could produce high horsepower, much like what we see in today's vehicles. This beauty used a 215 cubic-inch V8 HEMI aluminum block that was topped off with dual carbs, aluminum heads, and a supercharger that produced 29.5 PSI. All these goodies made the engine good for 335-hp @5,500-RPM. In 1951 that was an outstanding number for such a small engine.

The styling was nothing short of artwork for this Buick LeSabre. Earl designed the first wraparound windshield that was said to give the driver a panoramic view. It also saw the likes of GM's first rear brake coolers that used functioning rear scoops on the back quarter-panel. They were designed not only to cool the brakes but also the battery that was positioned in the back.

One of the very noticeable features that people hadn't seen too much of was the hidden futuristic headlights that would pop out from behind the grille with a flip of a switch. Also, the Buick LeSabre had a feature on it that to this day is only really used on Indy and Formula-1 cars. The automatic jack system was the first of its kind and allowed you to work under your car without a floor jack or jack stands. Maybe today that doesn't sound like much, but think back to 1951 and the stock emergency jack that would be provided for you if you had the unfortunate flat tire. Remember in '51, there were no cell phones to call TripleA or a friend and no OnStar type systems.

Another feature that may really stun you is the automatic sensors that could recognize rain and put your rag-top and windows up without you being around to control them. The Buick even had a backup source of power so if your battery were to die you could still at least control features like the radio, windows and the rag-top. 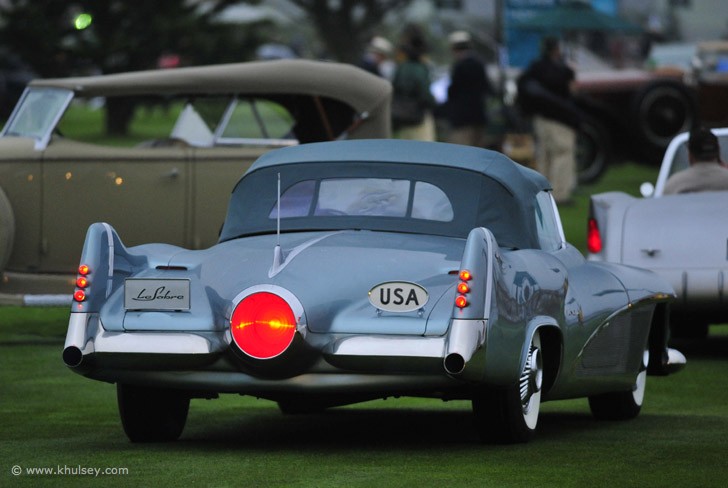 This car was designed from Earl's imagination and his love for jet airplane designs. The sleek styling-lines and the flamboyant curves are what really sets this Buick apart. The interior even showed a little bit of aeronautical passion in it with a dashboard that included an altimeter, tachometer, and a compass. Earl adopted this 1951 Buick LeSabre as his own and drove it till he had about 50,000 miles on it before handing it over to the GM museum in the 1960s.