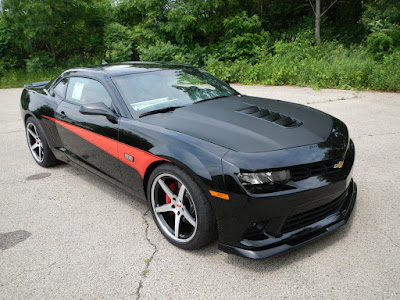 When the legendary HOT ROD Magazine corporation teams up with anybody to make a project car, you know it's going to be something special. Just like in 2001, when Dennis Barker at Todd Wenzel Chevrolet in Hudsonville, Michigan joined forces with the magazine to design Special Edition HOT ROD Camaros, they produced something special. And that's why they're back at it again this year to build 2015 Special Edition Camaros.

A 2014 Special Edition Camaro made its first appearance at the HOT ROD Power Tour on June 7, 2014, at Zmax Dragway. Although this one was a 2014 Camaro, outside one other 2014, the rest of the Special Editions Camaros will be 2015s.


When asked about it at the Power Tour, HOT ROD and dealership staff both admitted to having a hard time agreeing with each other on even some of the smallest details, but both sides say regardless the project was fun and the outcome was spectacular.

There will be 67 of these Special Edition Camaros sold at the Todd Wenzel dealership. Each Camaro will be sold in all V-8 trim levels including convertibles and will have plenty of HOT ROD Special Edition items including: badges and emblems, stripes, embroidered headrests, floor mats, sill plates, Forgeline wheels and center caps, exhaust diverters, slotted rotors, billet valve covers, and plug wires. 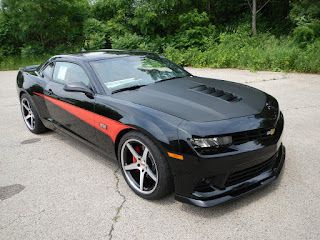 You will also have a choice of many different colors, and each Camaro will have many different optional dealership performance upgrades to choose from.

Each Camaro will be built by the legendary Nickey High-Performance Company and will have decals to prove it. What makes these Camaros so cool, with only 67 built, you can bet that you will be the only one on your block that owns one.