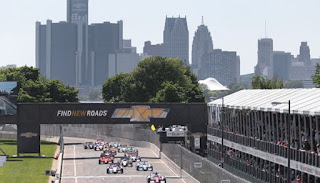 What a great way to shine a bright light on Detroit and General Motors than having the Belle Isle Chevrolet Grand Prix play out on the backdrop of the cities GM Renaissance Center building in the city where GM headquarters resides.

With many great race events creating plenty of competition all weekend long, there won't be a dull moment for any race fans that come to the festivities. But if you do find yourself in the stands needing a break from the fast cars zooming by, there are plenty of infield events to keep adults and youngsters alike loving every minute of their stay at the Belle Isle Grand Prix. Between the autograph signing sessions, extreme sports demonstrations, live music, monster truck rides for kids, car shows and of course great food, there will be entertainment for everyone around every corner.

As always Penske Racing has put a huge helping-hand into making all of this work and without a doubt there will be plenty of Penske Racing Teams involved in these great events. But there not to overshadow some of the other great sponsors like Quick and Loans, Meijer who brings the Fan Zone, Motor City Hotel brings the live entertainment and of course Chevrolet and many other sponsors.

All of this great sponsorship just proves how much everyone believes in a city that has made some major changes in the past few years and are still working on making it just an all around great place to come and visit. Whether it is for a sporting event or just to paint the town red while hitting the Casinos, the great eating destinations, clubbing or pub and bar prowling - whatever suits your fantasy - you'll find it here in Detroit. 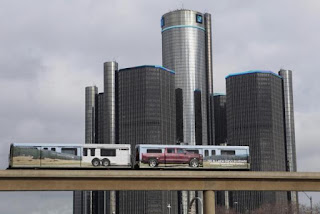 So I hope that everyone goes and does what I plan on doing - take some great pictures, but enjoy as much of the Belle Isle Chevrolet Grand Prix without an electronic device occupying your eyes and your every movement throughout the day. 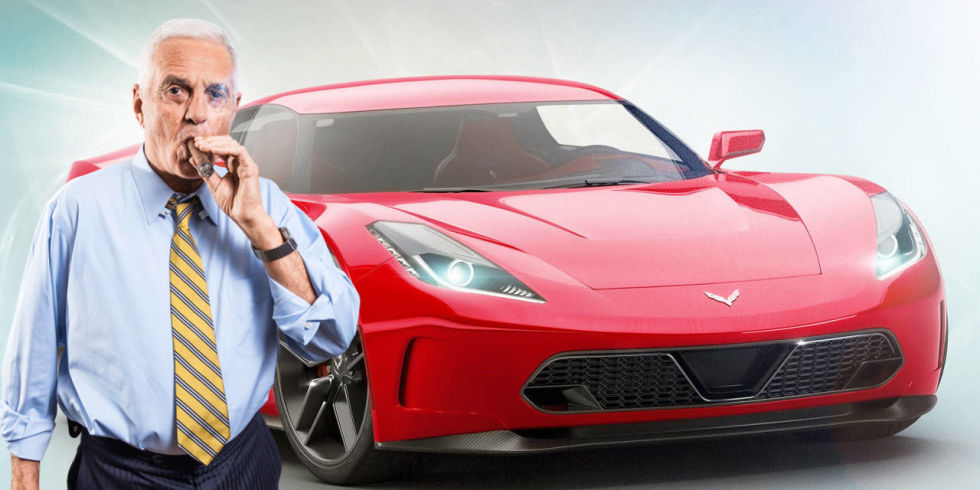 So a quick update on what could be one of the most exciting automotive days in my life. Living in the Motor City there has been a lot more talk that seems to be more fact than fluff about the new Mid-Engine Corvette.

Car and Driver, The GM Authority, Auto Week, Jalopink.com, etc. has all been posting on what might be - but I like facts. From sources I can't mention, the word is there should be renderings from Corvette designers (renderings that matter) out as soon as later this year and prototypes at the North American Auto Show in January of next year. And if anyone knows how Corvette does business, when they put something in the North American Auto Show, even if it is a prototype, that means unless something goes drastically wrong, it's going to make it into production.

My hope is Corvette (GM) takes a page out of the Ford Motor Company's play book and does something similar to what they are doing when it comes to purchasing-eligibility for the 2017 Ford GT supercar. Clients who want a chance to get put on the waiting list for the limited-edition Ford GT supercar have to fill out an application. The idea behind the application is to make sure that people who purchase one of Ford's limited-edition supercars will drive it, take it to car cruises and car shows and not stick them into their personal museums to be dusted off 20 years later and sold at an auction for profit.

But time will tell what happens, the closer Ford comes to getting their supercar out, Corvette will push harder to get their mid-engine Vette rolling and hopefully the competition will roll on harder than ever.
6/1/2016


I have talked about the mid-engine Corvette in the past, its possibilities of finding its way into the Corvette lineup and what it would mean for GM, Chevrolet and Corvette. After many exciting years of maybes, it's possible, it's just a cool thought and nothing more – the Godfather of the Corvette, Zora Arkus-Duntov, has made it pretty clear that the public will see a Mid-Engine Corvette revealed possibly as soon as the L.A. Auto Show late this year.

Although this would be new to the public eye, it is a well-known fact that Corvette has been working on and has come up with a pretty permanent version of a Mid-Engine Corvette. The drivetrain solutions are said to include a seven-speed manual transmission and an LT1/LT4 700-hp twin-turbocharged engine.

Unfortunately, the many renderings I have seen, which is not much to my surprise, looks almost just like a Ferrari with Corvette badges. And I say not much to my surprise because if you look at a 2016 Corvette Z06 and compare it to a 2016 Ferrari F12, put them in the same color, you can very easily mistake them for one another from a distance (my opinion).

When the Mid-Engine Corvette does become an available vehicle for the public to purchase, you won't be able to just go to any dealership and buy one or have one serviced by any dealership under warranty. Selected dealerships with a great reputation for sales and customer service will be high on the list of places that will have the honor of selling and promoting the Mid-Engine Corvette, and of course, three other things will help decide where they will be available at – location, location, location.

The price tag for one of these Corvettes is going to most likely be out outrageously high. That is why location will be a huge part of deciding where they will be sold. If Corvette is thinking about competing with the Ford GT, and when has Chevy ever not tried to compete with Ford, the price tag will likely find its way up into the $350,000 to $400,000 range. That is a supercar status price tag, but Chevrolet has yet to fail on any attempt to make a sports car or supercar worth every penny in the past 10+ years.