1992 Camaro RS That Never Made It Into Production 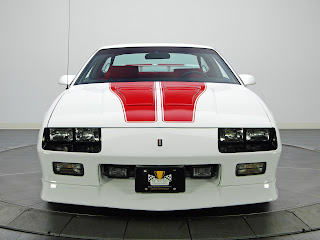 What was the 1992 25th Anniversary Heritage Camaro RS supposed to be?

The fastest Camaro that Chevrolet put into production. 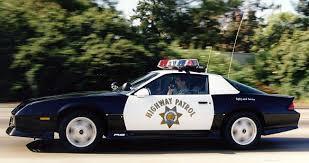 The true 25th Anniversary Camaro was going to be a police package (B4C-RS) Camaro that would be produced in high volume for the public. But the idea was squashed when the economy started to take a turn for the worst prompting Chevrolet to stay focused on more affordable fuel-efficient cars. So the trend of the slow 1980s sports cars continued on into 1992 with the Camaro RS V6 package that only produced 140-hp.

Two prototype RS Camaros were built with the (B4C RS) package. Chevrolet was on board to produce 602 of these Camaros before the project received the axe. The 602 production numbers were supposed to be a throwback to the amount of Z28s that were built back in 1967, the first year Chevrolet produced the Camaro.

Special Features the V8 RS Camaro Would Have Received:

This combination was good enough to produce 300+ horsepower rocketing the Camaro down the quarter-mile at a consistent 13.50s at 104mph. This may not seem like much now, but in the early 90s, that would have been faster than any Corvette, Firebird or Mustang that was coming off the assembly line at the time.

Other problems the Camaro RS police package encounter were the sticker prices. At $29,000, that would have made the Camaro a much more expensive ride than its competitors. So Chevrolet decided the best thing to do was to produce the Camaro, but take off all of the extras except for the heritage strips and the 25th Anniversary emblems.

With only two being built, these Camaros would be a couple of the rarest Camaros out there today. But, unfortunately, since they were never put into production and they were only considered as prototypes, they may be rare, but they are not considered very valuable.

If they were put into production, would they have been one of the most collectable Camaros of all time?