In my opinion, one of the coolest four-door sedans that Chevrolet has produced since the Chevy Impalas of the mid-'90s is the 2014-'15-'16 Chevrolet SS sedan. Unfortunately, from what it sounds like, Chevrolet is going to make 2017 the last year for the four-door sedan that packs a punch of 415 horsepower courtesy of an LS3 motor.

The cool thing is that for, what sounds like will be the last year, there could be a supercharged LSA engine shoved in the engine bay that will put out 500+ horsepower. For a four-door sedan that can put down a 13 second flat quarter-mile time before the supercharged upgrade, if the rumors are true, the sports sedan will truly be a fun vehicle to drive. And with even more rumors of the sedan possibly getting a 1LE Camaro suspension, competing with cars like BMW and other European sports sedans will surely be no problem.

But why the reason for discontinuing a good thing [Chevrolet SS]?

No one knows for sure why Chevrolet is planning on discontinuing the SS yet [if they do] but for anyone hoping they don't the news sounds very grim. Sales for the SS is down and GM already makes pretty good sales with another four-door sedan that emulates the same type of power and performance with a higher profile name, the Cadillac CTS-V.

Some people may wonder why sales are down on the powerful, good-looking, well-priced sedan. I think one of the reasons could be the lack of advertising for the vehicle.

No one can really know if that is the way Chevrolet wanted it, or if they only planned to make the car for X amount of years. Let's face it, even the slick-looking mid-'90s Chevy Impala that everyone loved only stuck around for 3 years.

If this was an attempt to make the SS sedan a rare car somewhere down the line, in say maybe a decade or two because of a limited number of sales, then Chevy has done a good job of doing that. In fact, for most people, if they see a new SS on the road it would probably roll right past them without them even knowing what it really is. Hell, if I wasn't a car guy, and even for the car enthusiast who may not have much interest in GM vehicles, the Chevrolet SS could easily be mistaken for just another average grocery-getting sedan.

For whatever reason, the SS truly hides in plain sight and advertising and promotions of the very cool car are literally just about non-existent. And that could very well be the reason for the low sales of the Chevy SS sedan. Not only that, but if the rumors are true and Chevy decides to put the LSA supercharged engine in the SS but makes no changes in their promotional strategy, chances are the 2017 Chevrolet SS will not be a big seller either, and that will probably force GM to abandon production of the car. 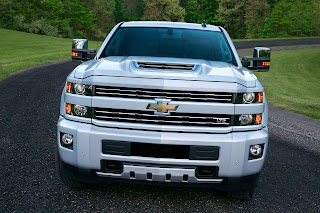 For many years now, ram air hood scoops were put in place to shovel in more air into the intake system causing an increase of performance by horsepower. This new Chevy Silverado HD hood scoop is also designed to create better performance, but not by forcing more air into the intake system, instead, the hood scoop will help create a cooler engine compartment for the engine which can also help create better performance.

These trucks are designed for towing/hauling, four-wheel driving activities, long drives, withstanding major mileage while still performing well. Whenever an engine can run cooler it will always perform better. So when an engine is under constant stress, like these Chevy Silverado HD trucks spend a lot of their time under, it makes sense to want to keep that engine as cool as possible for all of the time that it is performing any type of activities.

So just how much does this ram air hood scoop actually help?

The ram air design features a 90-degree angle which is capable of catching large droplets of water (rain) and small debris keeping out as much moisture and crap as it can to ensure that as much clean and cool air gets into the engine compartment as possible.

I have yet to hear any official statement if GMC will have the same ram air scoop on their HD trucks, but one would imagine they will follow suit. 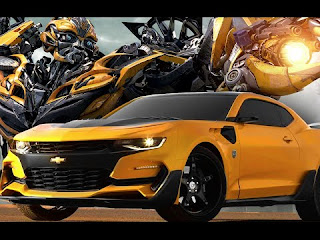 After many stories about the 2017 Bumblebee Transformer Camaro, here comes the real news. My friend from GM says that all Camaros in the movie will be an assortments of different trims. Whatever GM will sell them and let them destroy will be the Camaro you see.

Still going to be cool.
Posted by Brian at 7:43 AM