Buick Looking Into The Future 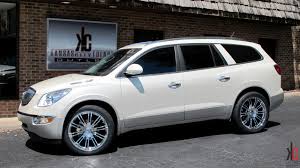 Buick has made some great accomplishments in the past few years, that includes the refreshed 2014 Regal. Which starts out at $31,560, and packs the standard 259-hp, 2.0-liter four-cylinder engine—an upgrade over the previous and optional original engines—paired with a six-speed automatic transmission.

Some luxuries you can opted for are a remote start, dual-zone climate system, heated front seats, a sunroof and 18-inch wheels.

But Buick is thinking of another way outside of their usual luxury options and stylish looks draw in customers. The 2013 Encore was an awesome crossover for Buick, but it did lack one feature, that is power. 138 hp just was not enough for a bigger vehicle like the Encore, but its overseas cousin, the Opel Mokka, which was recently introduced with a 1.6-liter four-cylinder engine (with both gas and diesel variants) could find its way into Buicks line-up.

The Buick Verano, a close relative of the Chevy Cruz, could also be a good candidate for a diesel motor coming up in 2014. Either way, a more powerful diesel motor with good gas mileage could be just the attribute that Buick needs to separate itself from companies like Cadillac, Volkswagen, Audi and Mercedes-Benz, etc. -- and bring in new customers.

Corvette Stingray: 2014 Automobile of the Year

If you know cars or at least pay attention to the news once in a while, you know that Corvette brought back one of their most successful cars of all time, the Stingray. The Corvette made a huge media splash at the North American Auto Show in Detroit this year. And the buzz that it created has been following it around every since.

Just a couple of weeks ago, the Cadillac CTS was named the Motor Trend car of the year. With GM's redesigned trucks and newly redesigned cars, GM has enjoyed some much needed success for 2013 and going into 2014.

Back to the Corvette; the completely redesigned Corvette has been able to impress consumers with the new stylish outside and inside. The aggressive curves give the car more of a super car look and the interior is said to be more of a durable high quality lay out.

Drive-ability is much more tighter and more fun to drive thanks to a more sophisticated suspension, and acceleration is nothing short of spectacular.  I have seen claims of 1/4 mile times of 11.9 sec, but times more around 12.4 sec is probably more likely, and with a 185 mph (est.) top speed, there is a whole lot of fun that can be had here.

But power, styling, drive-ability, etc., is not the only reason why the Stingray found its way to being named the Automobile of the Year. Impressive gas mileage due to a cylinder deactivation system is also part of the Corvettes success. Not only can this car move out when the gas paddle is hammered on the floor, but it can also provide the driver with an extremely comfortable driving experiences at low rpm's for everyday driving while saving gas (fuel economy: cty//hwy 17/29 mpg.).

This movie emulates a great time in car history.
Cruising, Racing, Music -- great cars that ended up becoming some of the most wanted cars by American car collectors today. "Wolfman Jack" has his part in the movie, along with many other actors that went on to have well-rounded acting careers. The movie takes place in a more light-hearted time.

I was much to young to remember that time, but me and a lot of other car guys did have a place to cruise right outside of Detroit -- on Telegraph rd. Unfortunately, the fun of that was short-lived. The fun it created on Fri. and Sat. night probably went on for quite a long time before I got my first cruiser, '71 Skylark (455). The fun died out when younger kids were starting to drive their Mommy and Daddy's funded Rice Burners around. The movie "Fast and the Furious" just came out (a poor representation of the drag race world) and everyone who had a wing on the back of their Honda Civic thought they could fly.

Drunk Driving, illegal racing for money, car accidents, crotch rocket motorcycles too fast for their own good etc. etc. left authorities no choice but to police the situation.

Even the days of having fun at the world-famous "Woodward Dream Cruise" has became a thing of the past. Miles and miles of traffic that moves about 3 mph when it's not totally stopped, the street is flooded with 90% of the cars being the same cars you see on your way back-and-forth to work everyday and advertisements is the main reason for the event.

Unfortunately, the last time I was at the cruise spot, I was arrested, along with 250 other people who all received tickets for loitering. My Camaro was towed to a place down in Detroit, and that cost me a lot to get out. The only fun thing about that night was when it came time for all 250 pissed off people to show up in court, I believe authorities may have thought, maybe this was not such a good ideal. 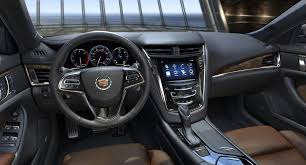 With great safety ratings and inside and out styling, this Cadillac deserves the crown.


The Stats speak for themselves.

It's a car that can give you luxury and sportiness in one show.