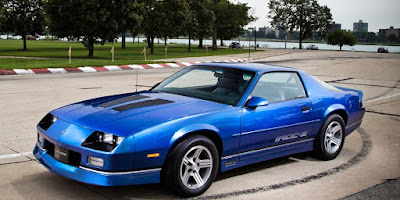 Back in 1984, Chevrolet wanted to produce a Camaro that would closely mimic the Camaros that were being used to race in the IROC (International Race of Championship) Racing Series.
The good idea was pushed forward when Chevrolet signed on to be the official sponsor of the IROC Racing Series. This move gave Chevrolet permission to use the name IROC on their Camaros, which in turn spawn the birth of the road course king, "IROC-Z Camaro".

Starting in 1985, the new IROC-Z became available to the public and would go on to be produced as a Camaro performance option until 1990. The turn of the decade brought up the end of the licensing agreement with the IROC Racing Series. Chevrolet had other plans for the future of the Camaro and decided not to renew the sponsorship with the race series and dropped the IROC-Z from production.

For those years that the IROC-Z was in production, they became such a staple in the Camaro lineup, Chevrolet would drop the Z-28 from production for the years of '88, '89, and '90. The IROC-Z would become your primary choice if you wanted a performance-based Camaro.
When Chevrolet halted production for the IROC-Z because of their licensing agreement end with the IROC Racing Series, they also had to drop the IROC-Z nameplate. After a few years on hiatus, the Z28 performance package was brought back for 1991.

The IROC-Z: A Better Camaro

What mostly stood out about the IROC-Z is its 5.7-liter (350-cu.-in.) Tune-Port Injection (TPI) engine which was bigger than its sister motor, the 5.0. 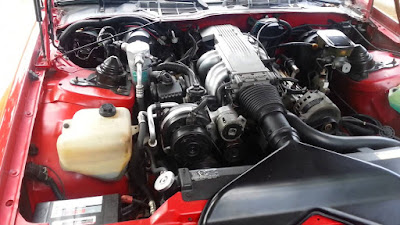 The 350 TPI came with a four-speed 700R4 automatic transmission and a special suspension package better known as the 1LE package that included: 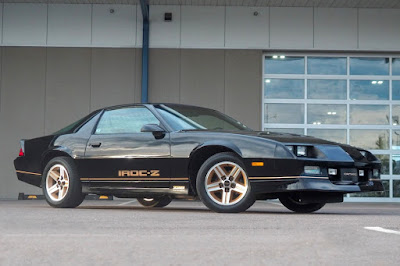 The special Camaro would also get 16-inch rims, an upgrade from the smaller 15-inch rims, more aggressive side-skirts for the body kit, large IROC-Z decals on the doors, and special trim.

Although throughout the years the IROC-Z was released from the factory with a few different trim options and setups like t-tops, controvertible, and even a 5-speed transmission, the most common trim options are mentioned above.
Important? It should be noted that although the 5.7-liter IROC-Z Camaros are the most common and sought-after Camaros of all the IROCs, if you're looking to buy an '85, you can find them with the bigger 5.7-liter engines, but they will not be original. In '85, they only came available with the smaller 5.0-liter engine. 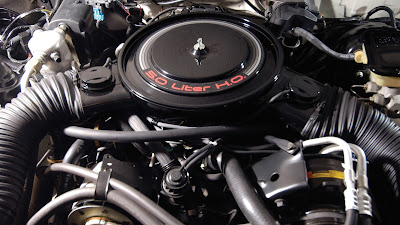 Unfortunately for the IROC-Z, it was produced in a time when power was not a priority, and the horsepower and torque numbers it boasted in the mid-to-late '80s sucked in comparison to today's sports cars. But the reason why the IROC-Z is a collector car and will stay a collector car is not because of its power outputs, but because of its connection to the IROC Racing Series and its road course capabilities.

Shopping for an IROC-Z Camaro

If you're searching for an IROC-Z, you must be careful for there are a lot of impostors out there. A lot of the exterior IROC-Z options such as the vented hood, front spoiler, and ground effects options were available for order on regular Camaros, Z28s, and can be bought as aftermarket pieces. So check the VIN numbers and do some research via. some reputable sources before you go laying down big money. 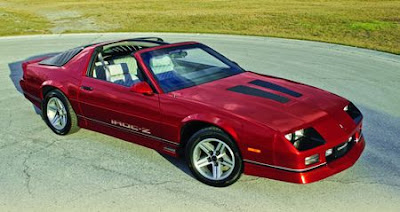 If you already own one, I would suggest saving it and passing it on to someone in your family, because in time they will be just as valuable as a Camaro from the Muscle Car era.
Posted by Brian at 5:46 PM