Largest Tire In The World: Uniroyal Tire Of Detroit 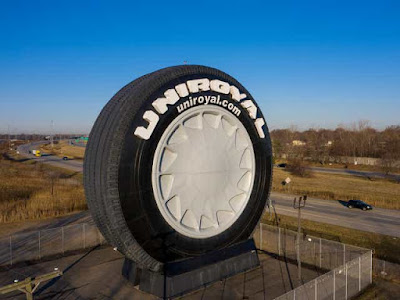 In a place like the "Motor City", it stands to reason it would have a landmark that proves its dedication to the auto industry. Weighing in at 12-tons and as tall as 80-feet, this real rubber tire is designed to withstand hurricane-force winds.

You can see this amazing piece of rubber by taking I-94 in or out of Detroit. Just off to the side of the expressway, not far from the metropolitan airport, if you miss the largest tire in the world, you must have been sleeping. 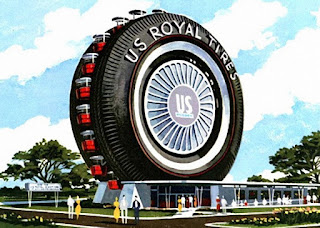 When and Why it was Built

The Uniroyal tire was built in 1964-65 by the architectural firm of Shreve, Lamb, and Harmon, the same company that designed the Empire State Building. It was used at the New York State Fair as a Ferris Wheel to help promote the Uniroyal product.

In 1965, the huge Uniroyal tire was shipped from New York to Michigan in 188 pieces by rail. It was then put together and anchored into concrete in Allen Park off of Interstate 94 in a four-month period. 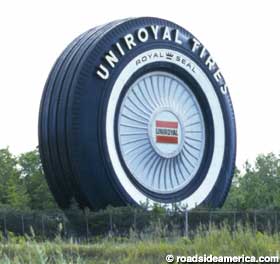 Changing the Look of the Uniroyal Tire

The huge Uniroyal tire received a makeover three different times throughout the years, once in 1994, again in 1998, and once more in 2003. All three times the makeover included either new hub caps or new lettering on the sidewalls of the tire. 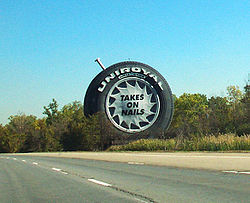 Another Largest in the World

In 1998, Uniroyal had the largest nail in the world punctured into the tire. It was an advertising campaign for Uniroyal's new run-flat tires. The nail was eventually pulled out and sold on eBay for $3,000 to a businessman to raise money for the Historical Society. Ralph Roberts was the buyer and loaned out the nail to be put on display at local events. Allen Park originally received the nail when it was first pulled out and they were hoping to get about $100,000 for it, but it wasn't something too many people had too many uses for.

Why the Uniroyal Tire was Placed Where it's At

Although just a myth, a lot of people believe it was placed on the side of I-94 heading into Detroit to let everyone know they were entering the "Motor City". Of course, now there's really no car factory action down in Detroit, but Detroit still holds the Autorama, the North American International Auto Show, and Indy Car Race Weekend at Belle Isle. 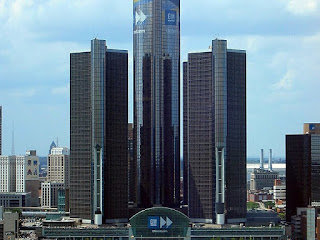 On top of everything else, you can't miss General Motors headquarters down in the heart of Detroit. The Renaissance Center scrapes the sky with the GM logo on it for everyone to see.