Will Chevrolet Have to Build More Camaro Z/28s 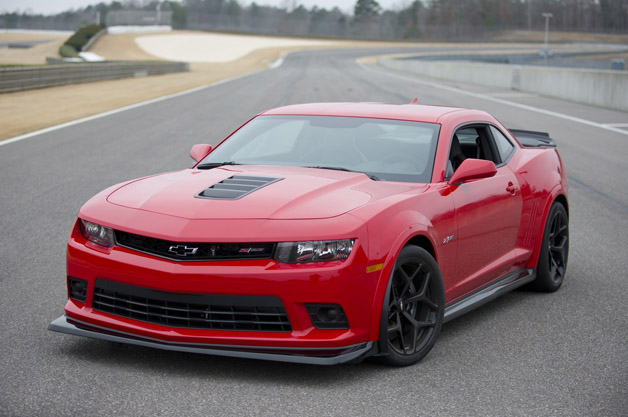 
It wasn't too hard for Chevrolet to sell all of their 500 brand new 2014 Camaro Z/28s. Now with no more for car enthusiast to get their hands on this year, Chevrolet is faced with the question of, "Do They Build More?"

Building more will definitely help the already popular Z/28 trending well into next year, but for the lucky owners of the first 500 units, it will take away from the rareness factor that Chevrolet was shooting for and probably what owners were counting on. Although the chances of Chevrolet building more Camaro Z/28s this year is probably slim to none, next year's plans for more than just 500 being built to meet demands is highly possible.

Camaro Chief Engineer, Al Oppenheiser, has said that next year could possibly see the likes of 2,500 units being built depending on demand and whether or not they decide to build more this year and if they do launch a project like that this year how it ends up panning out.

So unless you have been living under a rock for the last year and a half, you probably know what the 2014 Z/28 is all about. But I don't think anyone really expected this $75,000.00 Camaro would sell out so fast. If Chevrolet decides to build more this year, or ramp up the amount built next year, it's pretty hard to believe that they could lose on their decisions.