The Chevrolet El Camino: The Most Successful Car/Truck El Camino is a Spanish name that stands for "The Road". The name and the idea was first introduced to the public by Cadillac in 1954 at the Detroit Motorama. Even though it received some serious attention, the idea never set sail, and Cadillac would eventually drop the project after about one year.

Ford saw the potential and came out with their own version of a car/truck called the Ranchero in 1957. The Ranchero saw such a good response from its consumers, like in true competitivity fashion, Chevrolet was ready to get in on the game.

The El Camino by Generations

In 1959, Chevrolet relaunched Caddilac's El Camino idea based on the Chevy Impala Bel Air's frame and styling. But again, the El Camino still became a hard project to get on its feet, so the El Camino got the axed again after 1960.

Experts believe the reason for the poor sales was that Ford downsized the Ranchero from a Ford Fairlane-based frame to a Ford Falcon-based frame. This ultimately made the Ranchero smaller and more desirable to drive. This left buyers heading toward Ford for the truck/car vehicle and forced Chevy to put the El Camino project back on the shelf. 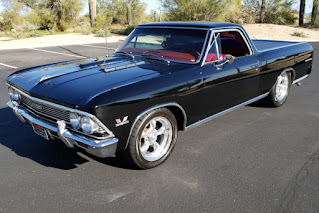 During the El Camino's hiatus, GM was taking notes on Ford's progress with the Ranchero. After a few years, Chevrolet decided they had the El Camino style and design right in the sweet spot for a relaunch in 1964. With a smaller frame and style based on the Chevelle, the El Camino started seeing good enough sales to keep it in Chevrolet's lineup for a while, a long while. The El Camino stayed on Chevrolet's roster for more than two decades with 1987 being the last year for the odd but successful Spanish-named car/truck.

One of the things that helped keep the second-generation El Camino selling so well was the engine performance. Since it was based on a Chevelle, the El Camino came available with almost all the same upgrades that were available on the Chevelle, including the 327 cu.-in. motor in the first two years, then a beefed-up 396 cu.-in., starting in 1966. 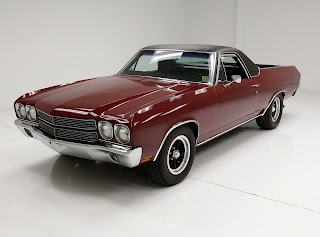 In this generation, the El Camino would see some major performance upgrades to keep up with the muscle era. This would include an SS396 which had an actual displacement of 402 cubic inches (6.6 liters). The next engine up was an even more powerful LS6 454 cu.-in. that put out 450 horsepower and 500 lb.-ft. of torque. Yes, this beast was powerful and could run the 1/4 mile in the upper 13-second range.

Then 1971 came around, and the EPA (Environmental Protection Agency) came down hard on all of the automotive companies. Mandated lower-octane unleaded fuel pushed for a reduction in engine compression, and GM's A.I.R. system (smog pump) was added to control tailpipe emissions. No more big horsepower outputs for the El Camino, and even worse for gear heads, most other cars suffered the same fate.

Most all the engines in the El Camino lineup suffered about a 150-200 horsepower decrease. This was a sad time for muscle cars (the end of an era). 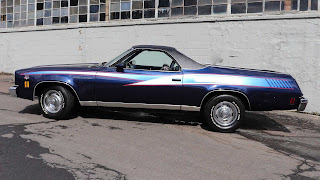 This would be the largest and longest El Camino of all of the generations. The new redesign used the Chevelle bodylines and Chevrolet's station wagon chassis. This was without a doubt the most comfortable driving El Camino but was also the heaviest.
The energy-absorbing hydraulic front bumper systems early in the generation years were truly undesirable. Moving forward it seemed that not just Chevrolet, but all of the automotive companies were in the business of making fuel-efficient cars that were both safe for the people and the environment. Through these years, the El Camino would receive a lot of upgrades including suspension upgrades, standard front disc brakes, interior redesigns, a lift in ground clearance, High Energy Ignition (High Energy Ignition), some headlight rearrangements, and more.
Powerplant 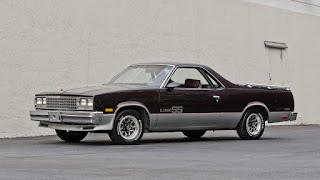 For this new generation, the El Camino would see some different changes. The V6 Chevy and V6 Buick 90-degree engines would replace the inline-six cylinders. The 454 cu.-in. engine was dropped for an Oldisomblie sourced 350 cu.-in. diesel powerplant. You had a choice of four different trim models: Classic, Black Knight (1978) Royal Knight (1979–83), Conquista, and the SuperSport (SS).

The 1983–87 El Camino SS was offered as a conversion (completed by Choo-Choo Customs Inc., of Chattanooga, Tennessee) to include the aerodynamic front-end similar to the Monte Carlo SS, but it did not receive the L69 engine package.

Moving on with the times, Chevrolet moved production to Mexico and added a 4.3-liter fuel-injected V6 as their base engine for 1985-1987. The El Camano ended production in '87. 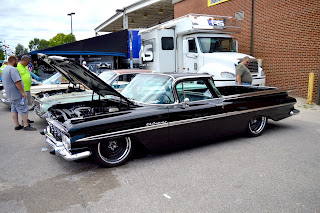 It sounds odd that a car/truck would make it through so many generations, but then again, look at the minivan. The El Camino may be out of production now, but it is not out of America's automobile history or memory.
You'd be hard press to show up to a car show and not see at least a couple of these El Caminos, either in their stock form or customized for show or drag racing.