Rarest of Rarest Corvettes: Own One Without Paying A Million Dollars 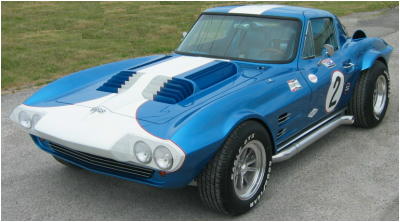 Some of the rarest sports cars of all time are a group of five early '60s Corvette Grand Sports built with the sole purpose of running in the GT classes at the Sebring 12 Hours and the 24-hour LaMans races. The Godfather of Corvettes, Zora Arkus-Duntov, led the crusade of light-weight race-ready roadsters that were designed to compete with the dominant Ford GTs and the rest of the field's competitors.

Duntov had planned on building 1,000 of these Corvettes, but only five Corvette Grand Sports were originally built at this time in the ‘60s. Two of the Corvettes [#001 and #002] were put to the side and three others were sent to John Mecom of Houston, TX, who eventually sent them off to three other prominent individuals in the racing industry.

Purchasing One Of These Rare Beauties

So let's say you were not lucky enough to be one of those people who received one of those five Corvettes, but now you would like to see if you can purchase one today. Well, although these Corvettes are not relevant in the 24-hour LaMans and other races anymore, fat chance of getting your hands on one for under five million dollars. A few years back, the #002 Corvette Grand Sport found its way to an auction block, and although the high-bid was $4.9 million, it was still not enough to take the blue beautiful race car home.

If you're like most car guys, you probably don't have $4.9 million sitting around for a sports car that you wouldn't even want to drive that much anyway. But getting something similar and in many cases, much more modern and driveable with an affordable price tag is definitely feasible.

Superformance, a car-building company in Southern California pushed to get granted the licensing to build replicas of Zora Duntov’s famed Corvette Grand Sport making it possible to own one, well at least a replica of one.

Superformance was even granted original build sheets for the #002 Grand Sport Corvette. They claim that if you wanted a replica almost identical to the original, they could build you one that only experts could tell it’s not an original #002 Grand Sport. But if you are like a lot of people, you may be just looking for the look of the legendary Corvette and the performance and comforts of a newer vehicle, and that's fine too, Superformance can build something like that as well. 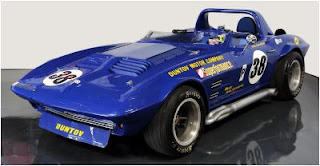 Customize Your Own Corvette Grand Sport

Superformance will work you up a vintage Corvette Grand Sport of your liking. Features like power steering, four-wheel disc brakes, power windows, A/C, and fully independent front and rear suspension with Bilstein suspension components can be optioned up for your Vette. There are roadster versions available, but they will look and drive more like the race Corvettes of the past, and many features and options of the coupe will be limited. But as far as power plants go, Superformance offers a variety of engines including an LS9 supercharged monster that can really make the coupe and the roadsters fun to drive.

There are actually seven engines in all to choose from. All engines come with a 2/year 50,000-mile warranty that can be serviced at your local authorized dealer. The greatest thing about the Superformance Corvette Grand Sport replica is the price tag. Depending on your options and how customized you want it, your price tag will still be just a fraction of the price you would have to pay for the real thing.
Posted by Brian at 5:24 PM