Brand New Trans Am "Smokey and The Bandit" Car "Smokey and The Bandit" Trans Am

Well, as everyone excepted, the "Smokey and The Bandit" Trans Am was going to sell out fast, and that's exactly what it did. But with the Pandemic and the holidays on the horizon, keeping your eyes open for one on sale is a good idea.  In fact, this December, I've come across a couple of them for sale. I can't say rather or not they're priced to move, but they are for sale and they're collector items.

There are some imposters out there, so to be on the safe side, take the VIN# down and call transamdepo.com to make sure that it is an official (1-of-77 Trans Am Smokey and The Bandit Special Edition cars). There is a big difference, one that could leave you on the losing side of a car transaction.

Trans Am Worldwide is announcing that they will be producing 77 Trans Am Bandit Sports Cars signed and certified by the man himself, Burt Reynolds. The reason for the off-beat number being built of 77 represents the year the movie "Smokey and the Bandit" came out in theaters (1977), and it represents the year Trans Am that was used for the movie.

With 800+ horsepower, these Trans Ams are sure to be a little bit more fun to drive than the ones that were raced around in the movies. Probably more expensive and harder to get your hands on as well, but if you do, this would definitely be a collector car. 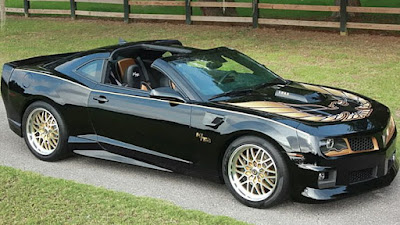 There is a lot of talk about if GM will ever come back with a Trans Am or a Firebird, but that is just what it is, talk. If GM does decide to bring it back, there would be a lot of car enthusiasts very happy with their decision. If they are planning on making this type of move, they are defiantly keeping a very tight lip on what they're going to do and when.

There is one fact that has been made very clear by GM. If they do bring back the Trans Am and Firebird, they will not be bringing back the Pontiac brand. All production would be under the authority of GM and the Pontiac name would not even be used for the Trans Am campaign. One last thing that is pretty well-known about the situation is that they would probably be produced in the same factories as the Camaros and would be sold at Chevrolet dealerships where Camaros are sold.

Build Your Own Trans Am/Firebird

If you're someone who does not want to wait for GM's decision and you must have one no matter what, there are alternatives. Companies like Trans Am Worldwide build authentic-awesome-looking prototypes of Trans Ams, Firebirds, Hurst, and Firehawks that can be customized personally and purchased by private owners.

The process is really cool! Brand new Camaros are purchased, then ground effects, bumpers, spoilers, customer interiors, and whatever else that needs to be replaced are replaced with prototype parts for the unique styling that replicates what a new Trans Am would probably look like if GM was to start making them again. The nice thing about these projects is that they're made from new Camaros, which should be enough to ensure that these Trans Ams are built American Motor tough.