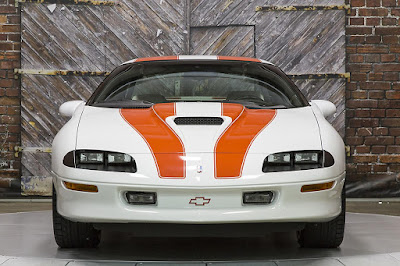 Anniversary Editions are always fun. Special stripes, badges, and performance upgrades find their way onto a limited number of stock versions of a vehicle to celebrate the special year.
Although anniversary additions usually see minor changes, that wasn't the case when it came to the 1997 Camaro SS 30th Anniversary SLP Edition. All of the 30th Anniversary Camaros (RS, Z-28, and SS) seen an eye-popping color scheme and 30th Anniversary badges placed throughout the interior, but a few SS Camaos (US 100 – Canada 6 – Prototype 2) got much more than just a few minor upgrades and a cool looking color scheme. 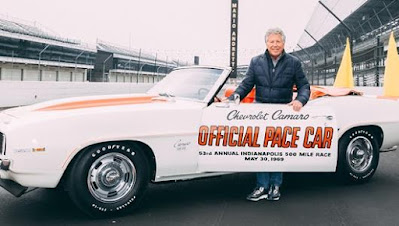 Where Did The Color Scheme for the Anniversary Edition Camaro Come From?

The color scheme is a throwback to the 1969 Indianapolis 500 Pace Car. Just like in '69, the '97 30th Anniversary Camaro was painted Arctic White accompanied by a set of Hugger Orange racing stripes that graced the hood, deck-lid, and roof (unless it was a convertible) of all of the 1997 Anniversary Editions.
But don't let that fool you, they all may have looked the same and had the same embroider badges on the seats and the floor mats, but only a select few got to wear the all-important 330-hp badge indicating an LT4 under the hood.
Almost all of the Anniversary Editions came with stock engines that matched their trim package except for a few lucky SS Camaros that got to take a trip to SLP Engineering after they rolled off the assembly line.
SLP Engineering was able to get their hands on extra leftover LT4 motors that were used in the 1996 Corvette Grand Sport a year earlier. Before SLP bolted these LT4 motors into the Camaros, they broke each of the engines down and had them balanced and blue-printed. 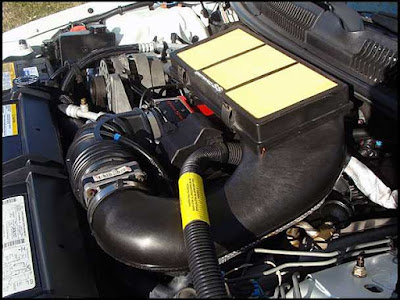 On paper, the LT4 was documented to get 330-hp at 5,800 RPM and reached its max torque at 4,500 RPM. But many car enthusiasts and automotive professionals believe this motor that had 10.8:1 compression was definitely underrated. 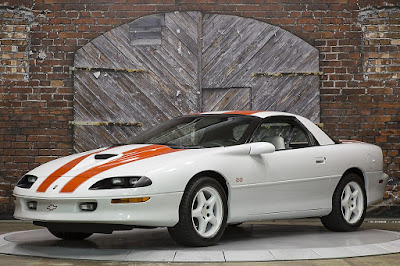 The 1997 Camaro SS with the SLP LT4 upgrade also received a Borg-Warner T56 six-speed manual transmission, a performance exhaust, a lightweight driveshaft, Bilstein sport suspension (optional level III Bilstein suspension package), and a Torsen limited-slip differential. All those extras were good to get you from 0-60 mph in 4.9 seconds and down the quarter-mile in 13.3 seconds.
With the explosion of technology in the auto industry, that may not seem so amazing in this generation, but back in 1997, that was the fastest production American sports car on the market. There were no American sports cars at that time that could be bought from a dealer that went that fast. 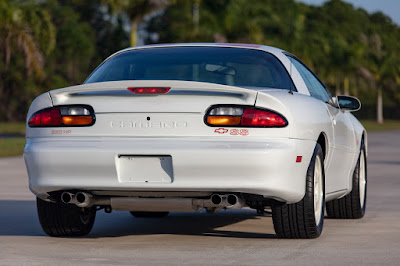 So how do you tell if what you're looking at or what you own is one of these rare 30th Anniversary SLP LT4 SS Camaros? Regular SS 30th Anniversary Camoros are commonly mistaken for these very rare SLP Editions, and that's because they're easy to pass off as one.
All of the SLP LT4 Editions rolled off the line and out of the factory as an LT1 before being shipped off for the special treatment. That means even SLP LT4 SS Camaros will still indicate that it is an LT1 Camaro SS in the Vin#.
First, to either begin or end the discussion of is it a true SS or not, look at the trim options. If it's anything other than a white SS hardtop with Huggar Orange stripes, your SS is not an SS LT4 SLP Limited Edition.
There are a few places on the Camaro that will definitely give you the information you want if it wasn't removed post-SLP Treatment. Right above the rear bumper on the opposite side of the SS emblem, a special edition 330-hp badge will let you know if it's an LT4 SLP, but these can be easily applied to regular SS Cmaros.
To get to the bottom of your research, you want to look inside the driver's side door and or inside the glove box to find the RPO code. This should indicate if it has been in the hands of the SLP engineers. But if you're still not sure what you are looking at, you can always call SLP Engineering, they are sure to have records of what Camaros they got their hands on. 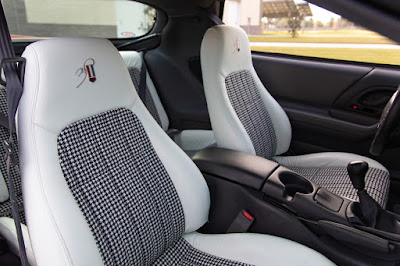 If you do have a true LT4 SS 30th Anniversary Camaro in your sights, you're looking at a true collectible. These cars will eventually sell on the Barrett Jackson block like the COPO Camaros do right now. They're good-looking, powerful, rare, and fun to drive.